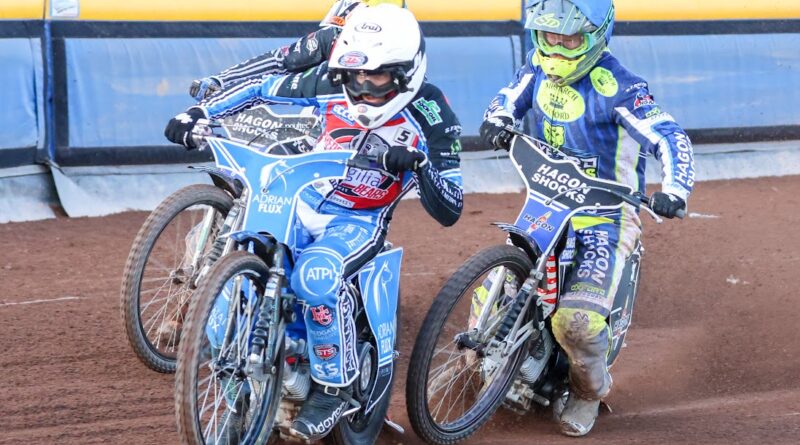 Lewis Kerr has every faith that Oxford Cheetahs can challenge for silverware in 2023 after he was named in Peter Schroeck’s side which will compete in the Championship.

The 32-year-old arrives at Oxford Stadium off the back of one of his most successful seasons to date where he lifted the Championship Pairs and Premiership League Cup with Redcar and Sheffield respectively.

Kerr is one of two fresh faces to Oxford’s pits corner with Australian Sam Masters also linking up with the Cheetahs following his move from Edinburgh.

Scott Nicholls and Cameron Heeps have been retained while Jordan Jenkins, Henry Atkins and Luke Killeen have all been promoted from the Oxford Chargers squad.

Cheetahs’ mix of experience and potential appealed to Kerr, who revealed his first visits to Oxford Stadium made a big impression on him.

“I loved racing at Oxford last year,” said Kerr. “The track’s shape suited me, and when myself and Charles (Wright) won the Pairs it was a boiling hot day but conditions were great.

“The whole setup is cool. The pits, the terraces, the facilities inside – everything about Oxford Stadium is professional so be part of that is great.

“Being able to set the bike up right next to the track is a small but effective way to get everyone up for the night. The crowd are on top of us and it’s an enclosed atmosphere which makes it fun for everyone.”

The Norfolk-based racer also looks forward to teaming up with former boss Peter Schroeck who he worked under at King’s Lynn as recently as last year.

Kerr added: “Peter (Schroeck, Team Manager) is very passionate about the sport. We’re good mates too which counts for a lot.

“I raced with Jordan (Jenkins) at Redcar last season but otherwise this is a new team for me and I’m looking forward to working with Sam (Masters) and Scott (Nicholls). We’ve got a strong top three and a lot of potential at the lower end too.

“Hopefully we’ve got all the ingredients to have a positive year. For now, I’ll be keeping myself fit through the off-season so I’m ready to go come March.”