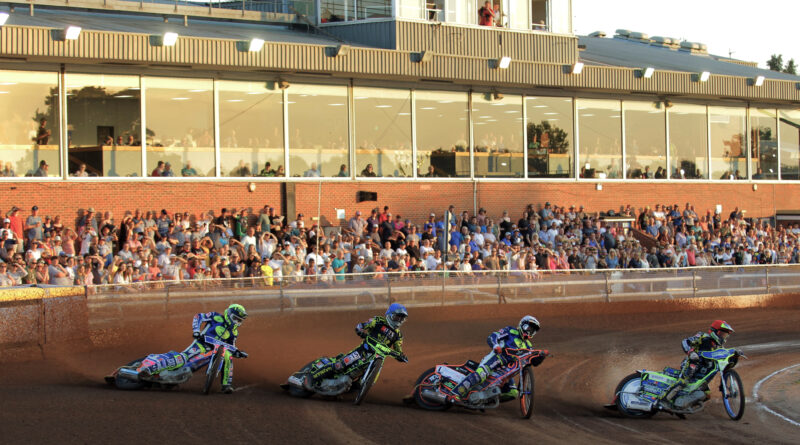 Oxford Speedway are pleased to announce the seven riders who will represent the world-famous Oxford Cheetahs in 2023 – including a new face at number one.

The club can confirm 2017 Australian Champion Sam Masters will lead the Cheetahs in next year’s British Speedway Championship.

Team Manager Peter Schroeck said: “We’re really pleased to have our full squad in place in good time for our second campaign and cannot wait to get going.

“Sam (Masters) is a great coup for us, and we are delighted to have him onboard. He has been a tremendous asset for Edinburgh and developed significantly as a rider during his time north of the boarder.

“Lewis (Kerr) really shone at Oxford during his appearances for Redcar last season and will bring a lot to the team, as will Scott (Nicholls) and Cameron (Heeps) who we believe has great potential and is a steal for his average.

“What’s especially pleasing is to have three Chargers riders step up to represent the Cheetahs in 2023. Jordan, Henry and Luke are all fully deserving of this promotion and we wish them every success with us in the second tier.

“We’d also like to take this opportunity to thank the riders who represented the club in 2022 and won’t be returning, including Troy Batchelor, Jack Thomas, Dillon Ruml, Josh MacDonald, Aaron Summers, Paul Starke and Kyle Newman.

“They and our guest riders played an essential role in our regeneration programme which we are very grateful for and we wish them all the best.”

Keep an eye on our socials and website through the week for all the latest news and reaction from Cheetahs 2023 squad. The club can also confirm season tickets will be available to purchase in 2023 with full details to be confirmed soon.

Oxford Chargers’ squad will be confirmed following the National League AGM, which takes place on Tuesday.