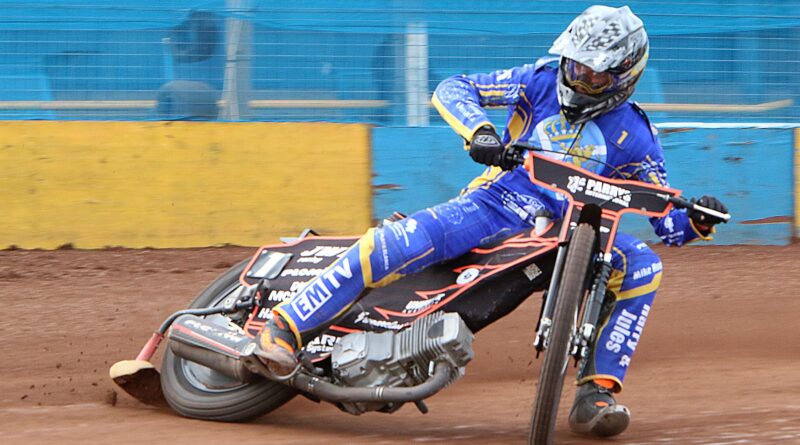 Sam Masters has no intention of giving up his status as the Championship’s highest scoring rider next year after signing for Oxford Cheetahs as the club’s new number one.

The 2017 Australian Champion announced he would be leaving Edinburgh Monarchs after a glittering seven seasons with the Armadale-based club.

Last year was one of Masters’ most successful on track at Championship level as he averaged 10.39 points from every four rides and won 49 of the 77 heats he raced in.

It left the 31-year-old clear at the top of the Championship’s average records with Leicester’s Nick Morris and Scunthorpe’s Ryan Douglas (both 9.52) his nearest rivals.

Now based at the newly launched Oxford Stadium, Masters is excited by the Cheetahs’ ambitions and hopes to bring home the club’s first piece of team silverware since 2005.

“The club has big ambitions and I really like the look of the team,” said Sam. “We have a strong top three, but the riders beneath us are improving and that’s what any team needs to be successful.

“It might take a few laps to get used to Oxford, but it’s a challenge I’m really looking forward to.

“I don’t have the highest average in the league because I can only ride one track, so hopefully I can put some good points on the board next year and hold my average where it is now.”

While embracing his move to Oxford, Masters also took time to thank the supporters and management at Edinburgh Monarchs.

The Australian first joined the Monarchs in 2014 and has only been absent from the club’s line-up for one season (2018) since.

“I’ve spent a lot of time with Edinburgh and I’m very grateful to the club and its fans for their support over the years,” said Sam. “I’ll remember the eight years with Edinburgh very well, and this move is a big change for me but I’m excited to get going.”