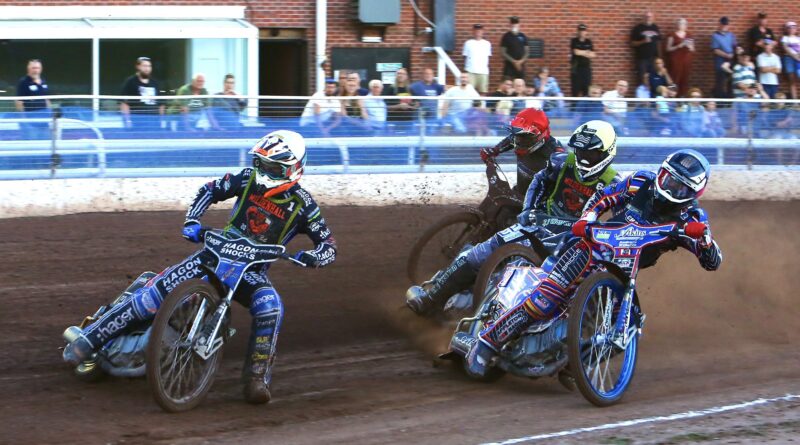 The race for the National League play-offs took a major twist on Wednesday evening as Oxford Chargers slipped to a 39-51 loss to Mildenhall Fen Tigers at Sandy Lane.

Missing top pair Jordan Jenkins through illness and heat leader Nathan Stoneman due to injury, Chargers’ unbeaten home record was undone by their Suffolk rivals who closed their gap to the play-off frame to just two points.

Mildenhall were helped significantly by maximums for top pair Jason Edwards (13+2) and guest Max Clegg (15) as the visitors reversed a two-point deficit into a 12-point lead in the final five races.

Tigers’ victory was officially confirmed when Alex Spooner and Josh Warren registered a 4-2 over Chargers pair Jody Scott and Jacob Clouting in heat 14.

Despite the loss, Chargers remain in the National League’s play-off frame and hold a two-point cushion over Mildenhall who have a meeting in hand.

Peter Schroeck and Jason Crump’s side return to action on Sunday when going wheel-to-wheel with Mildenhall once again at Suffolk Downs. Tapes-up is at 3pm.

Nicholls just missed out on a spot in the run-off to decide the last two Grand Final riders by scoring nine points from his five qualifying rides. Batchelor meanwhile ended the night on five points after running fourth place in his last two heats.

The meeting was won by Edinburgh’s Sam Masters with Poole’s Danny King finishing second and Lewis Kerr of Redcar third.