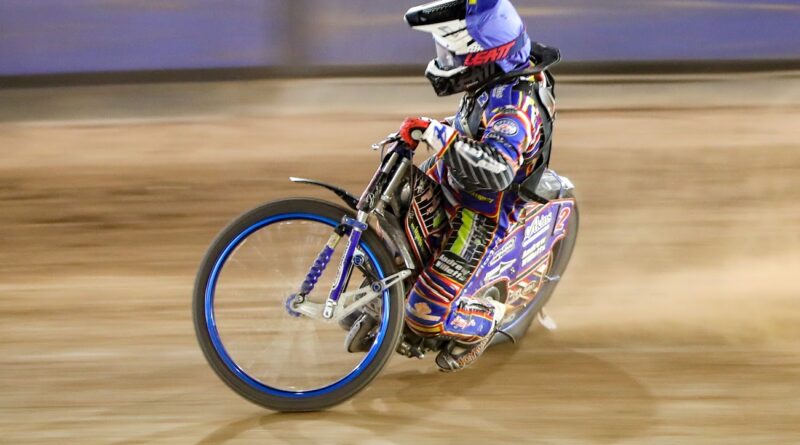 The Tigers visit Oxford Stadium occupying fifth place in the third tier and sit six points behind fourth-placed Chargers with one meeting in hand.

Malcolm Vasey’s side will be required to win all three of their remaining home fixtures against Berwick, Plymouth and Oxford should Chargers win by seven points or more on home shale to keep their play-off hopes alive.

Should Chargers maintain their 100% record at home, Tigers must also deny Oxford a consolation bonus point when both teams meet for the reverse fixture on Sunday at Suffolk Downs.

The mathematical possibilities following Wednesday have been placed to the back of Chargers’ Joint Team Manager Peter Schroeck’s mind, though.

“Mildenhall have had an up and down season,” said Peter. “When they’re firing on all cylinders, they’re capable of beating any team at this level – home or away.

“A couple of good results on the road have kept them in the hunt for the play-offs, and they’ll be viewing Wednesday as a must-win fixture I’m sure particularly given how close we are in the table to each other.

“It’s must-win for us too. We’ve asked a lot of the boys this season and more often than not they’ve been able to deliver the goods. Now we need another big push to help solidify our position inside the play-off frame.”

Chargers will once again be without fans’ favourite Nathan Stoneman who remains on the sidelines with a shoulder injury.

Tigers meanwhile have booked Max Clegg to guest at number five while rider replacement will operate in the absence of Sam Bebee.

Schroeck added: “It would be the dream to bring home some silverware to mark the conclusion of our regeneration campaign.

“We’re not getting ahead of ourselves, but it’s true to say a position in the National Development League play-offs is firmly in our hands. We’ll miss Nathan (Stoneman) as he has been a big points scorer at this level.

“But if we stick to the basics and show our usual track craft, I’m confident we can achieve a positive result.”

Tickets for Oxford Chargers’ National Development League tie against Mildenhall Fen Tigers are on sale now and can be purchased by clicking here. Tapes-up at Oxford Stadium is at 7.30pm.