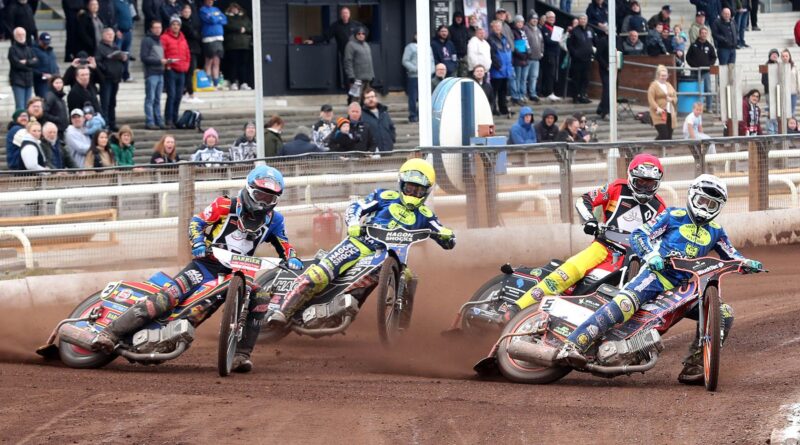 Peter Schroeck praised the attitude and character of his riders on Sunday after a last-race maximum earned the Monarch Cheetahs four valuable Championship points in Newcastle.

Skipper Scott Nicholls and talented young Brit Jack Thomas paired up in Heat 15 to register Cheetahs’ sixth race advantage of the evening and confirm the club’s 41-48 victory – the first away win since the dawn of our new era.

Nicholls and Thomas weighed in with 12+1 and 13+2 points hauls respectively while American Dillon Ruml starred at reserve with a match-winning 11+2 return. There were also race wins for Kyle Newman and Troy Batchelor on the night.

The result lifted the Monarch Cheetahs to fifth in the British Speedway Championship table. Schroeck described the win as a “great achievement”, particularly after Saturday’s 59-31 reverse to Berwick Bandits.

“The atmosphere and the attitude of the boys was mind blowing,” said Schroeck. “Everyone was really up for it, and to pick up maximum points on the road is great for the team.

“It was tough at Berwick, which is a difficult track to go to. They’ve got some home track specialists who made it very hard for us.

“But, picking up four points from those two meetings is a great achievement, hopefully we can carry that momentum forwards to Wednesday against Redcar.”

The Monarch Cheetahs have a two-day break before returning to action on Wednesday, April 27, when they host Redcar Bears at Oxford Stadium (7.30pm).

Bears’ visit marks the beginning of Cheetahs’ KO Cup campaign, and Schroeck has been boosted by news that Cameron Heeps will return to the middle order after overcoming a short illness.

He added: “Having Cameron back in the squad is great for us. It will definitely add some firepower to our middle order.

“The rest of our riders are beginning to find their feet too and get back into the swing of competitive racing. It’s been a long winter for many of them, but we feel like we’ve made good progress this week.

“We can’t wait for Wednesday, it will be a good evening. This is the start of our KO Cup journey, and we want to bring home some silverware – everyone’s up for it.”

Tickets for the Monarch Cheetahs’ clash against Redcar Bears are still on sale and can be purchased by clicking here. Tapes up is at 7.30pm.