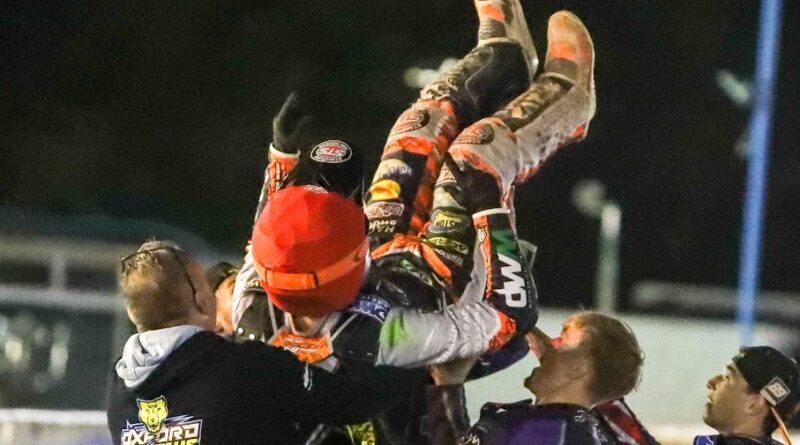 The Chargers skipper placed second behind teammate Henry Atkins in heat one before winning his five remaining rides to end the night with a 17+1 haul.

Jenkins’ performance was suitably backed up by teammates Atkins, Jody Scott and Arran Butcher – who all registered at least three paid heat wins from their programmed rides.

The 31-point victory – Chargers’ second biggest triumph of the season – has put the pressure firmly on Belle Vue Colts ahead of their final league fixture away to Armadale Devils next Friday (September 30).

Should Colts lose that fixture by seven points or more, Chargers will qualify for the end-of-season play-offs. Any other result will see the Manchester-based club advance.

Chargers’ joint team manager Peter Schroeck said his riders did everything that was asked of them in front of another encouraging crowd.

“It was fantastic to see so many people turn out for our final programmed fixture of the season,” said Schroeck. “The boys were determined not only to win, but really lay down a marker and put big pressure on Belle Vue next Friday.

“They did just that and now the play-off race is out of our control and we’ve got to keep our fingers crossed. Jordan (Jenkins) was outstanding and has been a real coup for us this season.

“The progress of Henry, Jody and Arran too is really encouraging and if we are fortunate enough to qualify for the play-offs we’ve got a team that’s in form and gelling really well together.”