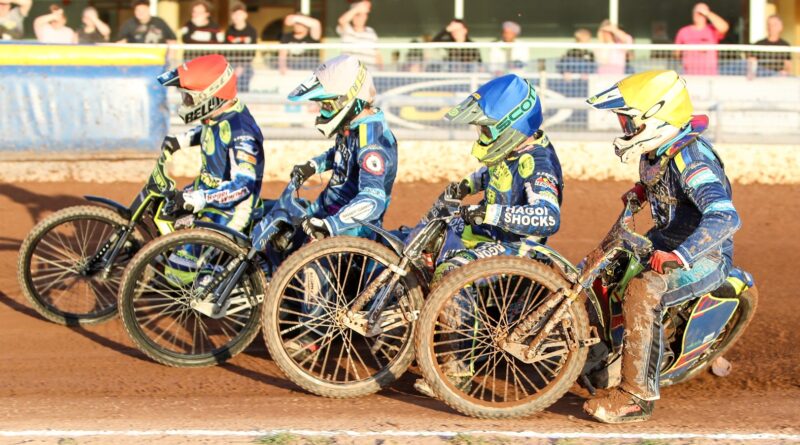 Monarch Oxford Cheetahs were held to a thrilling 45-45 draw at Oxford Stadium on Wednesday night against Poole Pirates in the Jubilee League (South).

In front of a packed crowd at the Cowley venue, Cheetahs started the meeting knowing they required at least a draw to keep hopes of reaching the Jubilee League Grand Final in Sheffield.

Up against the unbeaten Steve Worrall and hard-charging Danny King, it was the Cheetahs pairing of Aaron Summers and Troy Batchelor who emerged quickest from the tapes.

Summers comfortably won the race from the gate, but there was drama behind as Batchelor attempted to hold off King who was gaining significant ground riding the widest of lines.

King eventually passed Batchelor on the final lap to confirm a draw and conclude an entertaining night of speedway watched by another supportive home crowd.

Oxford Speedway coach Peter Schroeck said: “Any other day I’d probably be happy, but we really wanted the win.

“The boys rode their hearts out, and everyone is really fired up for tonight’s return fixture. We’ve got to go down and give them a hard time.”

The Monarch Cheetahs resume their Jubilee League campaign at Wimborne Road tonight knowing they must win by seven points or more to keep hopes of reaching the competition’s grand final alive.

Tapes-up is at 7.30pm. Meanwhile the Oxford Chargers resume their National Development League campaign at home to Armadale Devils.

Tickets are on-sale via our website and can be purchased right up until tapes-up at 7.30pm.