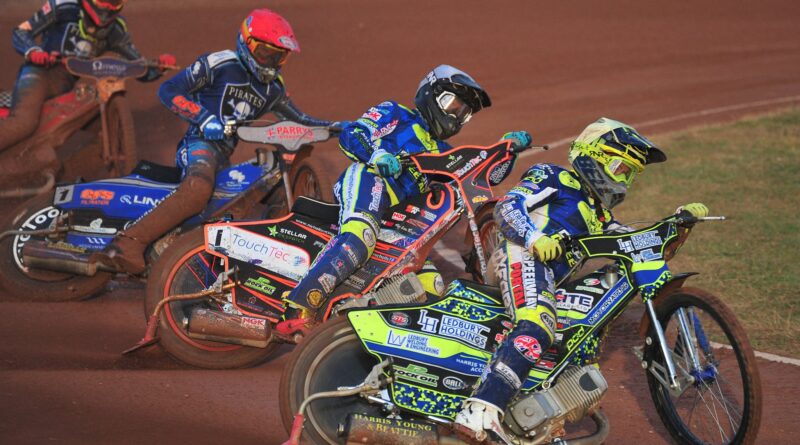 Monarch Oxford Cheetahs were edged out in a last heat decider in Dorset against defending Championship winners Poole Pirates at Wimborne Road on Wednesday night.

The unlikely result appeared to be on when Peter Schroeck’s squad stunned the hosts into silence in the opening five heats. Race wins for Paul Starke, Dillon Ruml, Aaron Summers and Scott Nicholls opened up an 11-19 advantage with a third of the meeting completed.

Back-to-back 5-1s for the Pirates in heats six and seven levelled the meeting, but the hosts’ comeback was short lived as Starke, Troy Batchelor and Summers took the chequered flag in heats eight, nine and 10 respectively.

Leading 28-32, two shared heats meant Cheetahs were well placed to register a shock result. But Pirates took the lead of the meeting for the first time in heat 14 following a 4-2 and a 5-1.

Chargers jump up to third

Oxford Chargers meanwhile jumped up to third in the National Development League table after a convincing 65-25 win over struggling Armadale Devils.