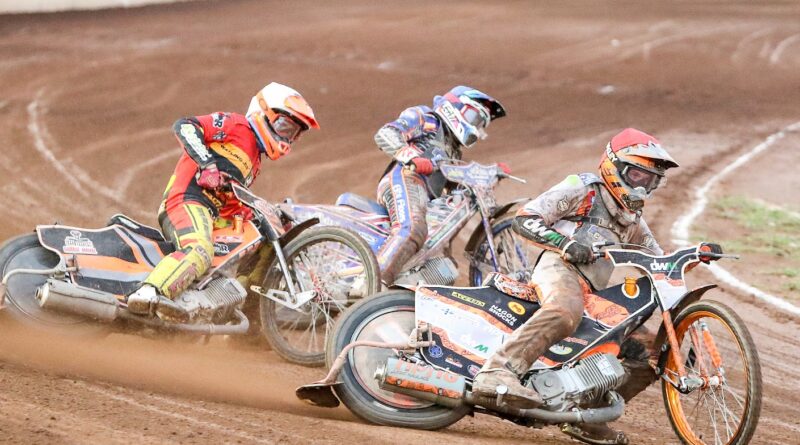 Peter Schroeck insists Oxford Chargers can take plenty of encouragement from their draw with Leicester Lion Cubs in the week ahead of Sunday’s visit to Kent Royals (12pm).

The Chargers resumed their National Development League campaign at Oxford Stadium on Wednesday against the table-topping Lion Cubs and only missed out on victory after a last-race 4-2 in favour of the visitors.

The above has granted Schroeck reason to be optimistic for Sunday’s trip to Sittingbourne Speedway.

“Jason took charge of the team in the week while the Cheetahs raced at Birmingham,” said Schroeck. “But we’ve discussed that there’s plenty to be optimistic about and we should be targeting points on Sunday.

“Kent have some catching up to do with fixtures, and their current points return for each meeting raced is very favourable – they’re one of six teams including ourselves chasing a play-off spot.

“It’s quite a unique track which can take some getting used to. Entry out of turn four is quite tight whereas going into turn three is a little more relaxed. Kent are unbeaten at home, but there’s no reason why we can’t push for a result.”

The Chargers have been forced into making one team change owing to Nathan Stoneman’s commitments at Leicester on the same day with Championship club Berwick.

Luke Crang has been booked as a one-off guest rider and will join an otherwise unchanged squad from Wednesday’s meeting.

Schroeck added: “It’s unfortunate we’re missing Nathan as he’s made great progress with Oxford this season, and riding for his hometown club is an obvious boost.

“But Luke is more than capable of posting big points and his experience from racing in the second and third tiers since starting speedway as a teenager will be important for us.”

Tapes-up in Kent on Sunday is at midday.

FRIDAY EVENING UPDATE: Jordan Jenkins is ruled out of the meeting at Kent after testing positive to Covid. Get well soon Jordan! Chargers now bring in Luke Crang for Jordan, while Adam Roynon guests for Nathan Stoneman.

SATURDAY UPDATE: Jordan Jenkins has taken further Covid test today and it is negative. After checking with the SCB, we can confirm Jordan can ride for Chargers at Kent tomorrow. Luke Crang guesting for Nathan Stoneman tomorrow.