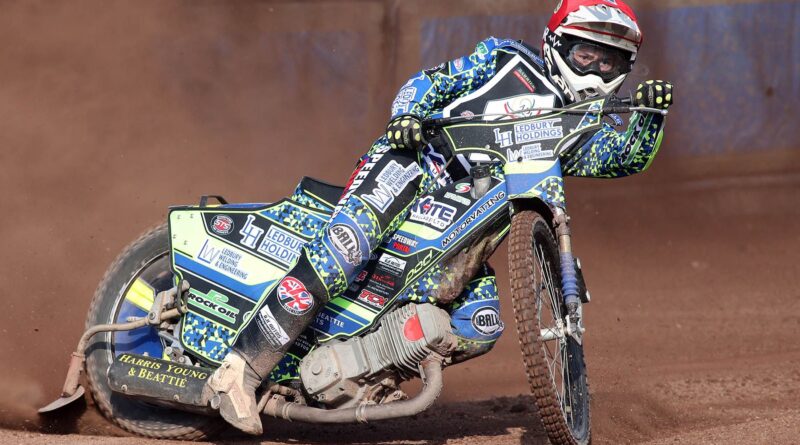 Oxford Speedway is pleased to confirm former Premiership title winner Paul Starke has signed for the Monarch Cheetahs in place of the outgoing Kyle Newman.

Starke, 31, was part of Newcastle Diamonds’ Championship squad until the club announced its closure last week and also represents Ipswich Witches in the Premiership.

The Hereford-born racer has averaged 1.21 points from each topflight ride this season with the Witches, while in the Championship he’s secured 38 points from 25 rides.

After missing Diamonds’ visit to Oxford Stadium on June 8, Starke will make his first ever trip to Sandy Lane when lining up for the Monarch Cheetahs against table topping Leicester Lions this evening.

“It’s unfortunate how this move has come about given Newcastle’s sad closure,” said Starke. “Like everyone connected to the sport, I hope the club can find a solution to return to racing as soon as possible.

“The Championship is a seriously competitive league packed with top class riders and clubs with outstanding history. Oxford is no exception to this and to be part of the club’s regeneration is exciting for me.

“I’ve seen pictures of the packed terraces and heard good things about the feel-good atmosphere on race nights. Hopefully these elements combined with a collective push to reach the end-of-season play-offs can inspire a good second half of the season for me personally and the Cheetahs.”

The 30-year-old has been riding through the pain barrier after picking up a shoulder injury earlier this season and leaves with the club’s very best wishes.

Newman said: “I’ve been struggling with my shoulder this season and haven’t been completely happy with my riding at times.

“I’m still receiving treatment now and there are no hard feelings between myself and the club after reaching this decision mutually.

The Monarch Cheetahs host Championship table toppers Leicester Lions at Oxford Stadium this evening. Tapes-up are at 7.30pm and tickets can be purchased by clicking here.

Children are admitted for free when attending with a paying adult.