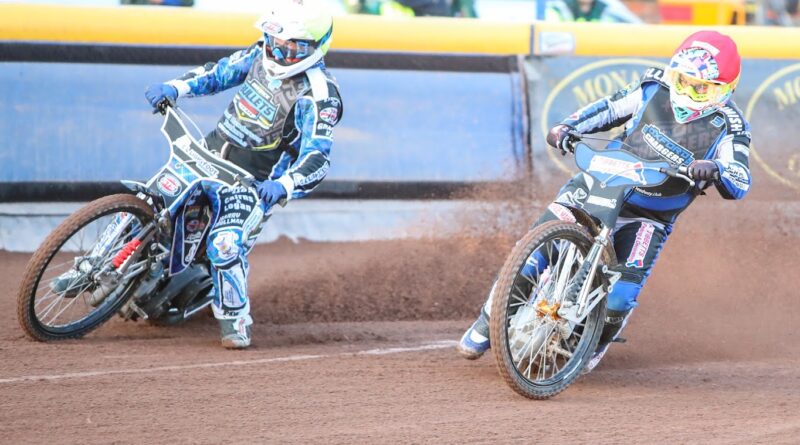 The Chargers – Oxford’s newest sports club – beat Berwick Bullets 50-39 on home shale a month ago and backed that performance up with an eye-catching 42-48 win away to Armadale Devils.

Plymouth travel to OX4 in mixed form having lost two of their three home fixtures to date, leaving them outside the division’s play-off frame.

The Centurions are also without talented Brit Dan Gilkes, who suffered five broken ribs, a broken and displaced humorous bone and a collapsed lung following a crash at Scunthorpe in April.

Even without Gilkes’ threat at the top, Hagon insists Plymouth have the capacity to push Chargers’ septet hard this evening, adding that he and his teammates must make home track knowledge count.

“It’s been great to be part of the Chargers’ first ever squad,” said Hagon. “It’s an incredible stadium, and crazy that it had been sat there for so many years without being used.

“We’ve got a competitive team and it’s evident from our first few meetings that there is a need for the sport locally. Plymouth were dealt a blow when Dan (Gilkes) had his nasty spill at Scunthorpe which is keeping him out for a while.

“But they’re still a very capable team. We’re both strong from one to seven, so our goal is to use our home track knowledge to our advantage and pick up another big win.”

After blowing an engine in Chargers’ opening fixture away to Berwick, Hagon registered three points from four rides on his Oxford Stadium debut a month ago.

The 17-year-old has since reverted to equipment he used last season, and hopes the change can inspire an improvement in his starting ability.

“Losing the engine at Berwick wasn’t ideal and I’ve been struggling a bit in Poland too,” said Hagon. “I’m still learning, and this stage of my career is all about development.

“I’ve made a few changes to my equipment over the winter and have since reverted to what I was using last year. I feel my starts are improving as a result, which is so important in speedway.

“I’m hopeful some steady improvements will help me get to where I was in be in the coming months.”

Tickets tonight’s meeting are on sale now and can be purchased by clicking here. Tapes-up is at 7.30pm.