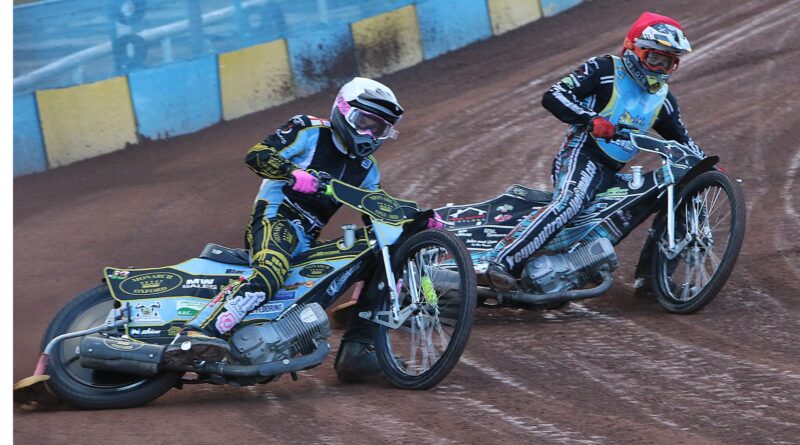 Extensive track work during the week made for testing conditions at the Paul Chapman and Sons Arena, with several riders from both teams struggling to get to grips with the surface.

Crump said: “Leicester is always quite a tricky track to ride. This week they’ve had a motorway blade to try to take some of the bumps away. But they’ve gone through the shale base and they’ve hit the clay base. In the initial stages of the meeting, there were these lumps and clumps of clay coming up, which are far from ideal for a speedway bike.

“Maybe we didn’t get as many points tonight as we could have. But I’m proud that our riders maintained their health and fitness on a track where it was, in my opinion, 50/50 whether the meeting should go ahead.

“With that in mind, I think the riders from both sides did a great job tonight. I think that the guys here at Leicester Speedway seriously have a bit of work on their hands to sort out this situation.”

Josh Macdonald, on his return from an ankle injury to his tibia, withdrew after one painful ride after aggravating his injury.

Meanwhile, Crump was delighted a 48-42 victory for Oxford Chargers at Edinburgh on Friday against the Armadale Devils.

Crump said: “I’m really pleased and proud of the way the Chargers dug in and beat the Berwick Bullets on Wednesday, which was a really good effort, and to back that up with a win at Edinburgh on Friday was awesome.

“At Armadale, we picked a good guest for Sam Hagon – who was on international duty – in Ace Pijper. There was a downpour before the start, which made the track very difficult for National League racing.

“But our riders dealt with it well, just got stuck in all night, and it was fantastic result away from home. The morale in the team is high.”