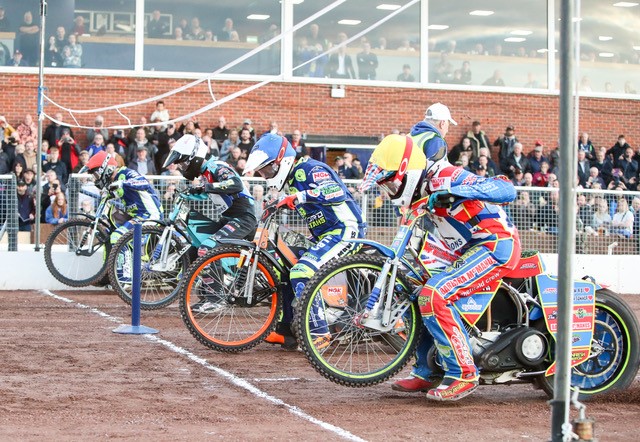 Scott Nichols is confident a win is achievable for The Monarch Oxford Cheetahs on Saturday despite facing one of our toughest challenges to date.

After two Championship KO Cup fixtures, we resume league racing as we head up north to the Paul Chapman & Sons Arena this weekend to take on the Leicester Lions.

The Leicester Lions look to be a strong team having won all its home races so far and the most points in the Championship.

Club Captain Scott Nichols said: “It will be tough, but if it wasn’t tough then it wouldn’t be doing the league justice. We’ve got the team and our riders are capable of springing a surprise.

“It’s certainly doable, you can’t take anything for granted in speedway.”

Reflecting on the start to the season Nichols said “It has been inconsistent, but it’s still early days. People are still finding their feet and things are certainly changing.

“The season is a marathon not a sprint, so we aren’t going to get down about it.

“If we make the play-offs then people will forget about the bad meetings at the start of the year. We’ve just got to look at the bigger picture.”

Meanwhile the Oxford Chargers head up to Scotland to face the Armadale Devils tonight (Friday). This follows on from the thrilling debut night at Oxford Stadium earlier this week where the team clinched a decisive victory against the Berwick Bullets.

The Armadale Devils currently sit at the bottom of the National Development League, but the Oxford Chargers aren’t taking this challenge lightly.

Nathan Stoneman said “Whether someone’s at the bottom or the top of the league, you go there with the same intentions.

“If you start looking down on a team it comes back to bite you.

“Armadale’s a bit of a tricky track, but it’s about going there and doing your job.”

Tapes-up for heat one of Saturday’s meeting against the Leicester Lions is at 7.00pm.

Tickets for the Redcar Bears visit to Oxford Stadium on Wednesday, May 11th, are on sale now here.