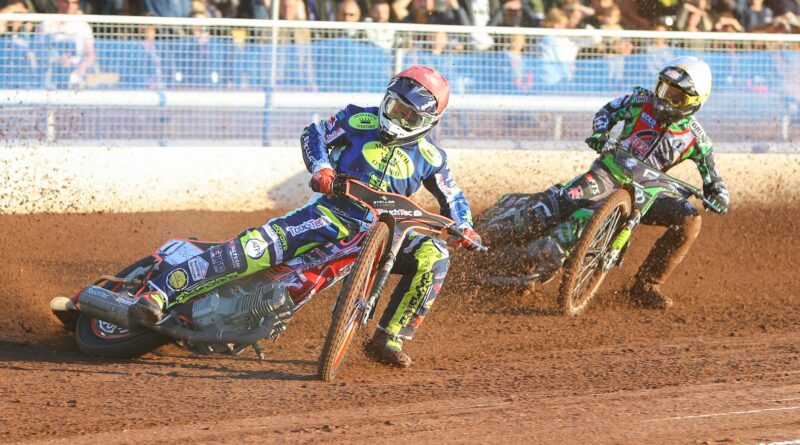 Scott Nicholls has targeted two wins in as many days when the Monarch Oxford Cheetahs race Birmingham Brummies back-to-back in the Championship this week.

Nicholls has been in inspired form away from home this season, posting double figure point hauls in five of Cheetahs’ seven fixtures on the road.

The seven-times British Champion, who celebrated his 44th birthday on Monday, hopes to continue this run and prompt a turnaround in the Cheetahs’ recent away form following defeats to Leicester, Plymouth and Scunthorpe.

“Not only do we want to win, but we’ve got to look to our trip to Birmingham on Wednesday as a chance to pick up some points away too,” said Nicholls. “We need to take the opportunity and be positive by targeting two wins this week.

“We want maximum points, of course we do, and that’s what we’ll try and achieve. It’s been a busy fortnight but the team has a small break to look forward to after this, so it would be good to head into that on a high note.”

Tuesday’s visit of Birmingham will mark the first league fixture between the Brummies and the Monarch Cheetahs since 1957.

Oxford-based rider Nathan Stoneman meanwhile will continue to guest in place of Josh Macdonald, who remains side-lined with a leg injury he picked up on April 13.

After losing out to Scunthorpe at the Eddie Wright Raceway on Friday evening, Nicholls hopes Batchelor’s return to the squad can prompt a return to winning ways.

He added: “We really believed we could take something from the Scunthorpe meeting. But they were the better team on the night and deserved the points.

“It does place more emphasis on this week and our double header against the Brummies. But we’ve got a team capable of delivering results and we enter the tie in good spirits.”

Birmingham will be without Josh Auty for Tuesday’s meeting at Oxford Stadium. Tom Brennan will step in as guest.

Tickets for Tuesday’s tie are on sale and can be purchased now by clicking here.