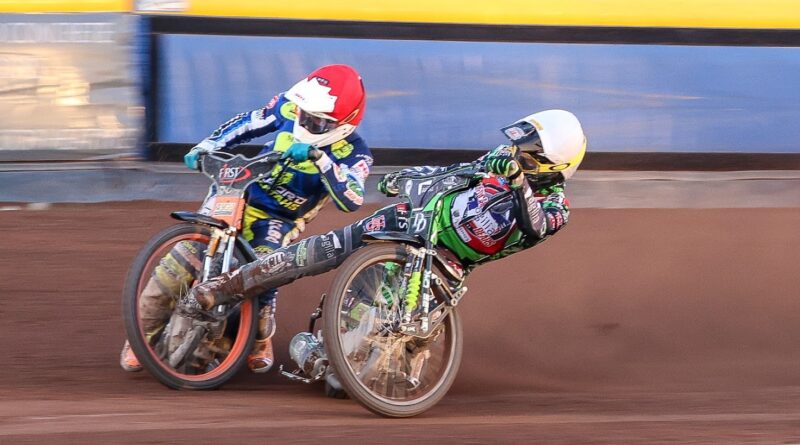 Jack Thomas is hopeful a change of equipment during the winter can inspire a positive performance during tomorrow’s Championship fixture against Scunthorpe Scorpions (7.30pm).

The Monarch Cheetahs conclude a busy week at the Eddie Wright Raceway following away meetings at Leicester and Plymouth before a blockbuster clash against Redcar Bears at Oxford Stadium on Wednesday night.

Cheetahs were victorious by four points on home shale, with Thomas recording an inspired eight points from four rides. The 23-year-old now hopes to carry that form onto tonight’s meeting and help his teammates register a second win on the road this season.

“Scunthorpe is a testing track,” said Thomas. “Everyone feels fast when they practice there but being on track with three other riders is a completely different scenario.

“I’ve changed a few things for this season, hopefully it works and we can come away with some good points. It’s been a busy spell with three away meetings within the week plus two fixtures against Birmingham next week.

“The boys are spending a lot of time with each other consequently and we’re developing a really positive team spirit. We stayed overnight after the Plymouth match and everyone is keen to help each other out.”

The Monarch Cheetahs will again be without Troy Batchelor, who remains on the sidelines with a back injury. Fans’ favourite Chris Harris will fill in as guest while Nathan Stoneman again steps in for Josh Macdonald who continues to recover from a leg injury.

Thomas meanwhile is still on a high following his eight-point haul against Redcar on Wednesday, which included an epic scrap with former British Champion Charles Wright in his second ride.

“Charles (Wright) is a brilliant rider,” said Thomas. “He’s one of the hardest to race against, you can’t allow him any opportunity to overtake you because he’ll take it with both hands.

“It was an epic race, and I was pleased to lead him for three laps. Jason (Crump, Team Manager) has been amazing for me. His knowledge is invaluable, and I’m loving life at Oxford because of it.

“Hopefully we can pick up a win on the road against Scunthorpe.”

Tapes-up at the Eddie Wright Raceway is at 7.30pm. Supporters unable to make the trip are reminded the meeting will be live streamed via Scorpions TV for £11.99. To buy your streaming pass click here.