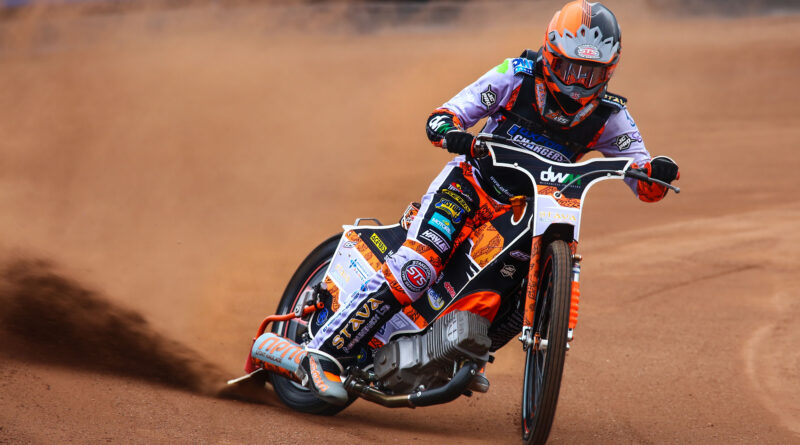 The Oxford Chargers made their debut at the Oxford Stadium in style on Wednesday night, securing a 50-39 win against the Berwick Bullets.

The second meet for the Chargers this season saw them complete against the Berwick Bullets who they lost out to at Shielfield Park earlier in the season.

The Berwick Bullets took an early 7-point lead to be up 14-21 after the first six heats. But the Chargers fought back valiantly to claim victory and secure 3 National Development League points.

Skipper Jordan Jenkins showed his class bringing home maximum points with a win in all five of his heats. Teammate Nathan Stoneman also contributed valuable points with 2 wins under his belt.

A nasty crash for Arran Butcher saw his night end early and we are pleased to confirm he sustained no major injuries. Ben Hopwood and Sam Hagon both also received treatment and are all clear.

The Chargers first win this season put us in 4th place in the National Development League ahead of tomorrow’s trip up to Scotland to face the Armadale Devils.

Thank you for your fantastic support last night at another historic speedway evening at Oxford Stadium.

Oxford Cheetahs are back in home action on May 11th v Redcar Bears – and it promises to be another big evening at Oxford Stadium. Tapes up at 7.30pm – make sure you join us. Tickets are on sale now here.