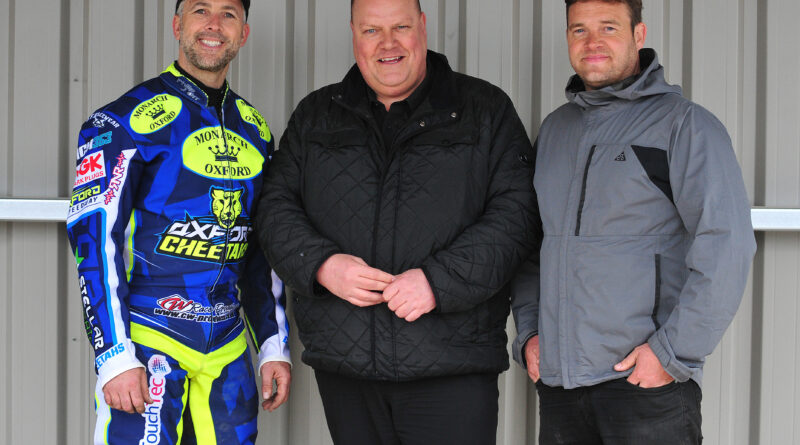 Oxford Cheetahs is pleased to confirm Monarch Minibus and Car Service has agreed to become the club’s title sponsor in its highly anticipated regeneration season.

The British Speedway Championship club will now be known as the Monarch Oxford Cheetahs after local businessman and speedway fan Ken Soanes reached an agreement with club promoter Jamie Courtney.

Based in Garsington, Monarch works in partnership with Oxford Ambulance Service to provide patients with private transport to and from hospital. Its services have been vitally important through the COVID-19 pandemic by easing the strain on NHS vehicles and allowing staff to prioritise patients where necessary.

The company’s partnership with Oxford Speedway dates to the early millennium, when Monarch was a team sponsor under the promotion of Vanessa Purchase. Monarch owner Mr Soanes said the return of speedway to Oxford is fantastic news locally and he feels privileged to be part of the club’s revival.

“Speedway is my passion, and when Oxford’s return to the sport was confirmed I simply had to get involved,” said Mr Soanes. “Jamie’s plans for Oxford can revolutionise the sport in an area of the country which boasts a proud speedway history.

“The Cheetahs are returning not just to make up the numbers, but to be successful and bring the good times back to Oxford Stadium. There’s a wider focus too on the development of young riders, which really appeals to me.

“To be back trackside hearing the bikes roar around Sandy Lane was very special and not something I thought I’d experience again in my lifetime. We’re pleased to be involved and look forward to the season ahead.”

In addition to becoming title sponsor of Oxford Cheetahs, Monarch has also committed to sponsoring local rider Nathan Stoneman – who will represent Oxford Chargers in 2022.

Mr Soanes added: “I’d love to get Nathan into the main team one day, that’s my goal. He has a lot of enthusiasm, is keen to learn and is a good listener.

“Hopefully one day we can make that a reality, and Oxford Cheetahs fans can cheer on a local boy in their own team.”

Jamie Courtney added: “Monarch has a long-standing association with Oxford Speedway, and we are thrilled to confirm them as our title sponsor for 2022.

“Speedway is a huge passion of Ken’s, and his energy and enthusiasm for the sport’s return to Oxford Stadium is exactly what our team needs. It was great to show Ken around our new facility during press and practice and we hope this is the beginning of a long and mutually beneficial partnership.”

The Monarch Oxford Cheetahs return to competitive action for the first time in 15 years on Wednesday, April 13, when Scunthorpe Scorpions visit in the British Speedway Championship (7.30pm).