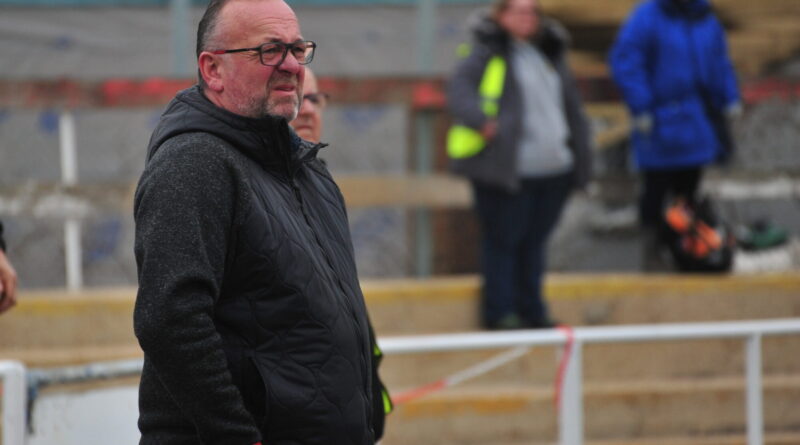 The Monarch Cheetahs and Chargers squads got used to their new surroundings as part of a pre-season press and practice session ahead of club’s highly anticipated launch event on April 13.

Despite more than a decade of neglect, Schroeck said the track was in fantastic condition and will facilitate some outstanding and fair racing through the season.

“The boys are really happy with the track,” said Schroeck. “Our goals for practice were to find the right setup for the bikes, get a feel for the environment and enjoy it.

“This is such an exciting time for speedway, the city of Oxford and its people. The transformation from ‘jungle’ to racetrack in the past few months is quite amazing.

“The riders feel privileged to be here – for some of them they’ve never stepped foot inside Oxford Stadium before and others already have great memories. It shows in their attitude, they all enjoyed the track and felt like they made improvements every time they went out.

The Monarch Cheetahs squad has been based in Oxford this week to strengthen relationships between riders ahead of Scunthorpe Scorpions’ visit in the British Speedway Championship on April 13.

Riders and members of management visited Whilton Mill Karting and Outdoor Activities centre on Tuesday before returning to Oxford for an evening of escape room fun at City Mazes.

Schroeck said the club has made it a priority to ensure riders are enjoying their racing, in the hope that will allow them to compete to their true potential.

He added: “It’s brilliant to have a couple of days to establish that team bond. We all know each other from our previous associations with speedway – some of us have been friends for over 30 years.

“The relationship myself, Jason (Crump, Team Manager) and Jamie (Courtney, Promoter) already have is important and will reflect positively on the team through the season.