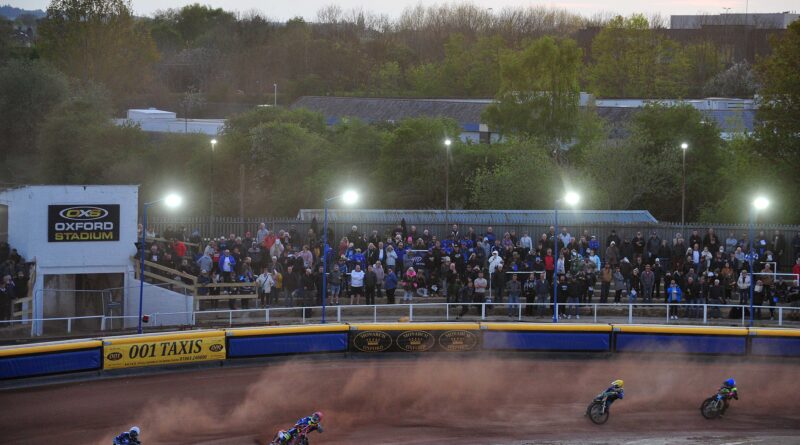 The Cheetahs will once again compete in the British Speedway Championship following a highly successful regeneration campaign in 2022 which saw the world-famous club return after a 15-year absence.

They will also race for the Knockout Cup and the BSN Series – a brand new competition featuring three regionalised qualifying groups with the top four qualifiers advancing to the semi-finals before a series-deciding final.

Cheetahs’ campaign is largely dominated by the BSN Series in April, with all four Southern Group fixtures – home and away to Poole Pirates and Plymouth Gladiators – scheduled to take place by April 18.

New Oxford number one Sam Masters will go wheel-to-wheel against his former club in OX4 on Wednesday, April 26, when Edinburgh Monarchs visit in Round One of Knockout Cup. The return leg takes place north of the boarder 48 hours later.

The club’s Championship campaign begins on Friday, April 14, away to Scunthorpe Scorpions – who last year became the first visitors to Sandy Lane as part of a historic sold-out opening night.

Cheetahs’ first home Championship fixture is scheduled for Wednesday, May 3, with the visit of Redcar Bears.

Team Manager Peter Schroeck said excitement is now building in the camp with less than 12 weeks until tapes are due to rise on Oxford Speedway’s second campaign of its new era.

“Last year was a tremendous success,” said Peter. “Although we didn’t achieve what we wanted to on track, off it we were really encouraged by the support from our fans and we enter 2023 with renewed enthusiasm.

“We’ve built a squad packed with experience and exciting young potential. It’s not our intention to make up the numbers – we want 2023 to be the year Oxford Cheetahs bring home some team silverware.

“It’s a big challenge, but we’re up for it and can’t wait to see our fantastic supporters trackside in a few weeks’ time.”

Tickets for each of Oxford Cheetahs’ home fixtures will be on sale via the club’s website soon. Adult tickets (16+) are £20 in advance or £22 on the day. All U16s accompanied by a paying adult can watch every home Cheetahs meeting for free.

Oxford Chargers’ 2023 fixture list will be confirmed in the coming weeks.

Friday, April 14 – vs Scunthorpe (A). Championship.

Wednesday, May 3 – vs Redcar (H). Championship.

Wednesday, May 17 – vs Plymouth (H). Championship.

Wednesday, June 7 – vs Birmingham (A). Championship.

Wednesday, August 9 – vs Poole (A). Championship.

Friday, August 18 – vs Edinburgh (A). Championship.