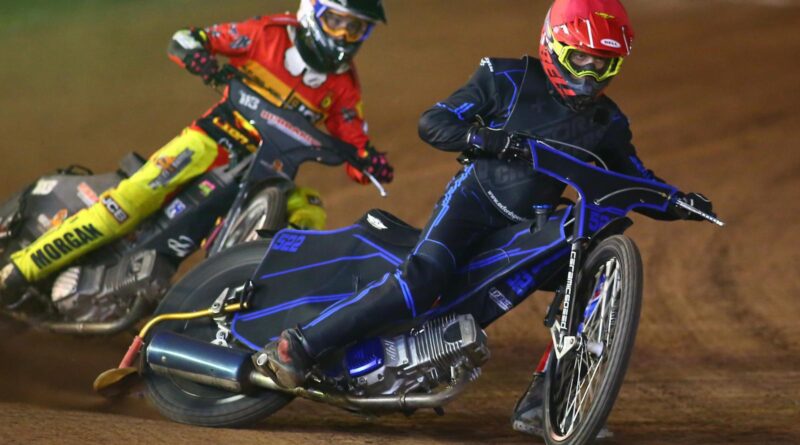 Oxford Chargers will take a two-point lead to Beaumont Park for the second leg of their National League Play-Off Semi Final against Leicester Lion Cubs.

The Chargers secured a 46-44 win in front of a healthy crowd at Oxford Stadium with skipper Jordan Jenkins leading the hosts’ scoring with 13 points from six rides.

Peter Schroeck’s side made a disastrous start to the meeting when conceding a 5-1 after Jenkins fell while chasing race leader Dan Thompson, gifting Max Perry second.

Guest Ashton Boughen reversed the form from the opening race when leading Jacob Clouting to the flag, bringing the scores level.

Race wins for Jody Scott and Clouting in heats three and four earned the hosts a two-point lead at the first break for grading.

Cubs edged themselves in front for a second time when Perry and Thompson paired up for their second maximum of the night. But 4-2s in heats six and eight swung the meeting back in Chargers’ favour as Jenkins bagged two race wins in three heats.

Chargers entered the interval four points ahead when Jenkins took his third race win of the night with teammate Atkins in third. But that lead was undone when Cubs secured race advantages in heats 11 and 13 as Dan Thompson remained unbeaten.

Boughen and Scott clinched a crucial 5-1 in heat 14 before a dramatic final race concluded in a 4-2 to the visitors as Dan Thompson clinched his paid maximum with Connor Coles third after he was passed by Jenkins.

The second leg of Chargers’ National League Play-Off Semi Final takes place at Beaumont Park on Saturday night. Supporters unable to make the trip can follow the action live via @OxfordSpeedway on Twitter.