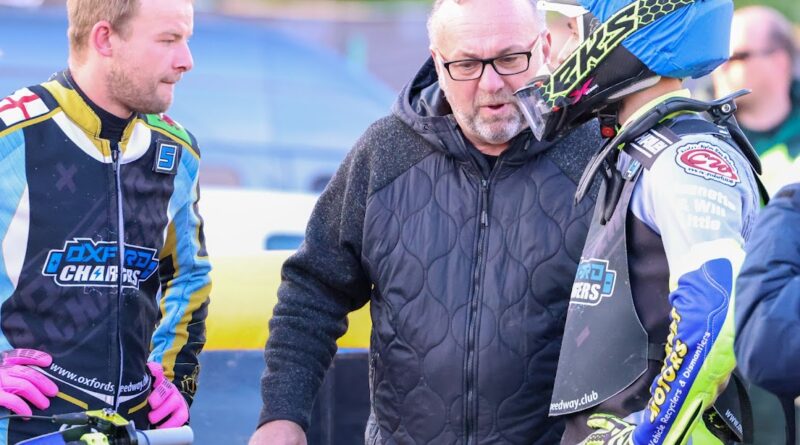 Reflecting on the season, Schroeck said the young riders should “be proud” of their fourth place finish and said he has “great confidence” for the future.

The Oxford Chargers secured fourth place in the National Development League.  The season ended after a loss to the Leicester Lion Cubs in the second leg of the play-off semi-finals at the weekend.

Leicester looked strong from the outset with an unbeaten record at home. Despite this, and a late team change due to injury, the Chargers gave everything to deliver a thrilling match at the Paul Chapman & Sons Arena. Leicester finished the night with a 12-point aggregate win over Oxford, putting an end to the Charger’s play off dreams.

However, it did not detract from a memorable season overall.

Schroeck said: “Getting into the play-offs was a bonus on top of what was already a fantastic season. I do not feel disappointed in Saturday’s result. The team gave it their all and put up a good fight against a competitive team.

“Reaching the play-offs makes the chargers one of the top four teams in the country – for our first year back in the sport after 15 years this is a great achievement.”

Reflecting on the rest of the season Schroeck said: “The Chargers have worked hard all season and should be proud of their performance. They are a young team that has huge potential for the future. Their performance this year has given me great confidence that we can come back better and stronger next year.

“I would like to congratulate everyone who has been part of the regeneration effort at Oxford Stadium that has enabled us to return this year. The hard work of Kevin Boothby, Jamie Courtney and all the riders have helped make our return a success.

“I would particularly like to thank all the fans who have supported us this season. Your support has been vital for the revival of speedway in the city. We have consistently had some of the strongest crowds in the league – hopefully we will see that again next year.

“This year was a brilliant start to mark the return of speedway to Oxford. We now must look ahead to the future. We want to come back even stronger next year to win more matches and improve on our performance from this season.”