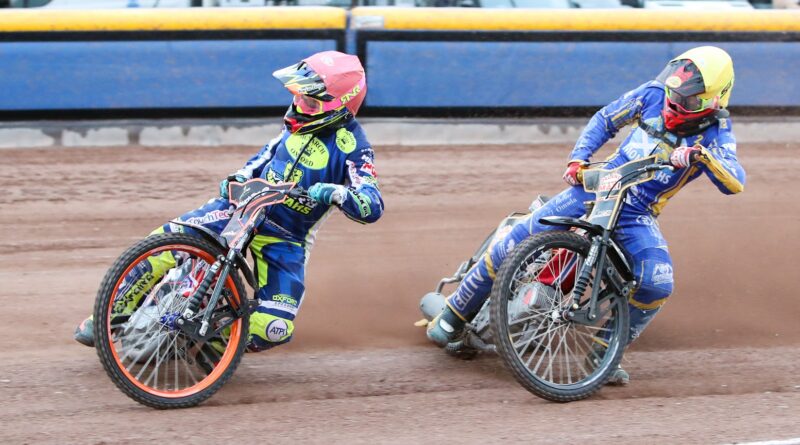 A last heat race advantage in favour of Edinburgh Monarchs denied Oxford Cheetahs a win in their final Championship fixture of the season at Oxford Stadium on Wednesday night.

The Monarch Cheetahs led their Scottish rivals 26-16 with seven heats completed, but Edinburgh completed an extraordinary comeback to snatch an unlikely 44-46 victory in the final heat.

Both teams were tied at 42-42 following an Edinburgh 4-2 in heat 14, setting up another tense last heat decider.

It was the Monarchs pairing of Josh Pickering and Kye Thomson who made the start. And while Troy Batchelor muscled his way past Thomson on lap three to split the visiting pair, Nicholls couldn’t make any impact from the back.

The result confirmed the Monarch Cheetahs finished their regeneration campaign in ninth, with 17 points secured from 18 meetings.

Troy Batchelor top scored for the Cheetahs with 13 points while Aaron Summers registered 10 points from his four rides. There were paid race wins for Scott Nicholls, Dillon Ruml and Cameron Heeps too.

Paul Starke struggled to replicate his form from previous meetings, though, and returned with 2+1.

Speedway returns to Oxford Stadium next Wednesday evening when the Oxford Chargers host Mildenhall Fen Tigers in the National Development League. Tapes-up is at 7.30pm and tickets are on-sale by clicking here.