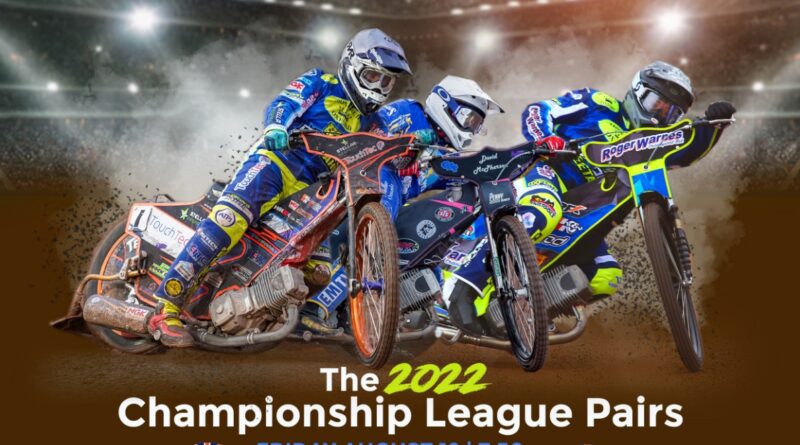 LINE-UPS have been declared for the Championship Pairs at Sandy Lane on Friday (August 12th) at 7.30pm.

All ten Championship clubs will be competing, and have been split into two groups with the top two sides in each group progressing to the semi-finals.

Supporters should note there is high demand for this meeting, and tickets must be pre-booked at: https://oxfordspeedway.club/tickets/

(Line-ups below now updated as at 8am on Friday morning)