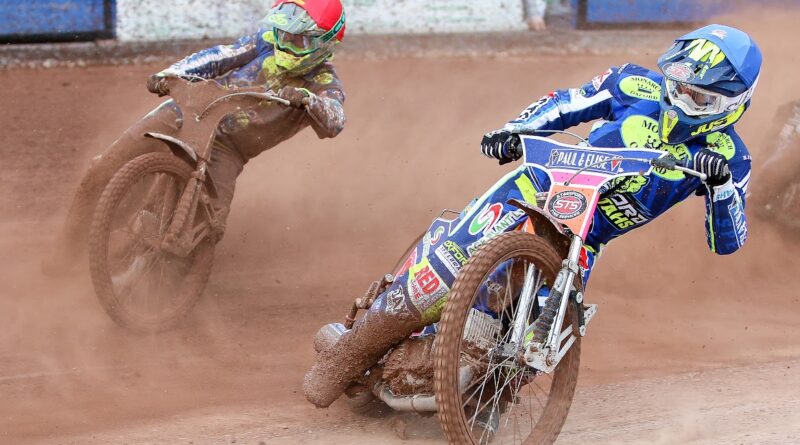 Peter Schroeck wants to see the Monarch Oxford Cheetahs make a greater impact from the tapes when hosting Birmingham Brummies in the Championship Jubilee League tonight.

The Jubilee League is speedway’s newest competition and sees the Championship’s 10 teams split into three divisions – Southern, Northern and Scottish.

Each team will race club’s in their respective division twice – once home and once away – with the winners of each group advancing to a three-team final at Sheffield’s Owlerton Stadium. The Monarch Cheetahs have been drawn with Plymouth Gladiators, Poole Pirates and Birmingham Brummies.

Despite last week’s slip-up against Berwick Bandits, Schroeck knows a positive result is within the capabilities of his riders, but accepts more can be done from the starting tapes.

“Last week was a huge disappointment,” said Schroeck. “The Championship is now out of our reach, but tonight we have the opportunity to start fresh in the Jubilee League.

“Birmingham have experienced a challenging year, but we know when the team clicks they’re very capable of pulling a result out of the bag which we need to be aware of.

“With only six fixtures in the group stage, it’s critical to win all your home meetings and target away points where possible. This is an important two days for the team, and we’re determined to right our wrongs from last Wednesday.

“We’re fortunate to have a team of racers in the camp, but when passing is tough in the early heats you can give yourselves a bit of a mountain to climb when you miss the starts. And that’s the situation we got ourselves caught in against Berwick.”

Tonight’s Jubilee League encounter is the first of two fixtures at Oxford Stadium this week.

The club last week launched a ‘Summertime Special’ ticketing offer, where adult admission for both fixtures had been slashed to just £24. And Schroeck hopes to see another positive turnout on the Sandy Lane terraces.

“The support this year has been staggering – overwhelming at times,” said Schroeck. “Seeing fans pack the terracing on bends three and four every week isn’t something you always see in speedway.

“It’s helped to generate a fantastic trackside atmosphere and hopefully inspired a few more people in Oxford to make speedway their sport of choice.

“We appreciate times are hard right now and that two home meetings in as many days might not be easy to afford for families living locally. Our Summertime Special deal aims to combat this and hopefully generate another superb turnout.”

Tapes-up for tonight’s Jubilee League visit of Birmingham Brummies is at 7.30pm. Tickets for tonight’s meeting and Oxford Speedway’s Summertime Special ticketing deal are on sale now and can be purchased by clicking here.