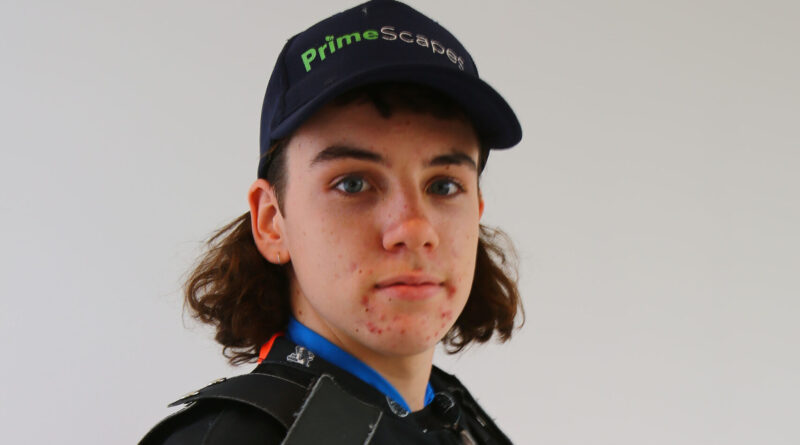 TeenagerLuke Killeen made a brilliant debut for Oxford Chargers, as they took a convincing 56-34 victory at Plymouth last night (Tuesday), writes Rob Peasley.

He had been left on the sidelines for the opening couple of months of the season, due to a delay in receiving his British passport.

But Killeen made up for lost time at Plymouth, with a superb display of riding. He scored 13+2 and only dropped points to the opposition in a tough final race.

He was third from the gate in Heat 2, but soon charged to the front. He possessed a golden touch, since all five of his opening five rides resulted in a 5-1 to Chargers, and his reward was a place in the nominated Heat 15.

Centurions’ guest No 1 Alfie Bowtell was also on a maximum and got the drop on him. Killeen was still giving his all in third place when he fell on the final bend.

While Killeen’s sensational National League debut will grab the headlines, there was also a career-best score at this level for fellow reserve Arran Butcher, who scored 11+3 for Oxford and dropped his only point to Bowtell in Heat 6.

It didn’t take long for Chargers to take firm control of the meeting. After conceding a 4-2 in Heat 1, they took three 5-1s in the next four races and led 20-10. After two further successive 5-1s in Heats 8 and 9, they already had an almost unassailable 37-17 advantage.

An impressive victory for Butcher over Ben Trigger in Heat 12 meant all four league points were in the bag with three races remaining.

Chargers’ Skipper Jordan Jenkins dropped his only three points to the flying Bowtell, although arguably Bowtell was lucky to get back into Heat 1, after a fall on the first bend.

With Sam Hagon and guest Nathan Ablitt also scoring solidly, and Jacob Clouting joining in the party with a 5-1 with Killeen in Heat 14, Chargers did not have a weak link, as they recorded the biggest away win in the NL so far this season and reclaimed third place in the table.

Arran Butcher said: “I really enjoyed that meeting. We knew that we had to come away from the meeting with all four points and all the boys chipped in and did their best and we got the result we needed. We all get to do the long drive home from Plymouth happy.

“I beat some good riders, such as Ben Trigger and Richard Andrews, who have done a lot of laps around here. But it’s really all about the team performance and I’m glad we all did our job.

“I’ve ridden this track well before, but it is a big personal boast to have a meeting like this. I now need to take this form to other tracks. I enjoyed the meeting and can be happy with it, but there’s a lot more racing to do this season, and I want to take this form forward to my next meeting.”

Luke Killeen said: “There’s a saying that good things come to those who wait and tonight proves it. It’s great to be riding for Oxford at last.

“The last few months have been frustrating. I was given false hope that the passport might be coming through. In the end, my dad and I went out on a limb and decided the only way we could sort it out was to drive to the main passport office in Liverpool. We did that last Thursday (June 9).

“We explained how long we’d been waiting, that we’d been advised that we might be able to pick it up soon, and the woman came back around 45 minutes and said within another 45 minutes I would have my passport and I did. That was such a relief.

“The Plymouth track held no fears for me, because while it may be the smallest in the country, I grew up riding on the old Pinjar Park track in Perth in Australia which was only 142-metres long and even smaller. I thought I might do alright around here and that proved to be the case.

“I wanted to do Heat 15. I was told that I was in it, and there were no thoughts in my mind to ask not be out there to protect my maximum. The more track time I can get the better, especially after missing the start of the season. I want to take every opportunity to race.

“I hadn’t been up against their No 1 (Alfie Bowtell) all night before that, so it was a chance to see what I could do against him. I guess what it showed, as a No 7, taking on a No 1 is a massive step and that I’ve still got a lot to learn. On the final lap, I thought I could hear Ben Trigger not too far away behind me, and I was a bit too eager and went into the corner a bit too fast. I tried my best to save it, but still came down.

“I wanted to join Oxford this season to be part of the regeneration of the club and I think between us, the riders in the Oxford Chargers can give the supporters something to celebrate later in the season.

“We know we’ve got a strong side from No 1 to No 7. I’m stoked to be part of it and would love to help bring the team to the top and win the league.”

📢 "Our recent home performances have proven to me that we have a well-rounded team where every rider is capable of winning races."

Peter Schroeck looks ahead to tonight's visit of Belle Vue Colts in the National League.