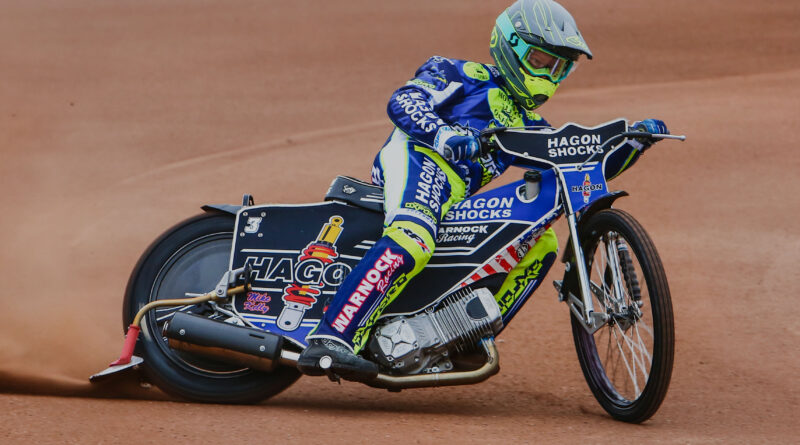 MONARCH Oxford Cheetahs failed to come out of their visit to Glasgow on Friday with anything to show for their efforts, as Glasgow Tigers won the meeting by 53-37.

Cheetahs faced a rush against time, after road closures, including the M6, made the trip to Scotland almost impossible. Kyle Newman missed the nightmare journey due to illness.

But Oxford still put up a decent account of themselves in one of the hardest meetings that they will face this season.

Scott Nicholls and Cameron Heeps put Oxford in front with a 4-2 in Heat 1, before Glasgow took four heat advantages to sweep into a 20-10 lead.

There was controversy in Heat 3 when the referee gave first place to Glasgow’s Benjamin Basso, despite new Oxford signing Aaron Summers appearing to take the verdict.

His 5-1 with tactical substitute Troy Batchelor in Heat 7 reduced the deficit to four points at 23-19, and also joined Dillion Ruml for a 5-1 in Heat 10, after the American won a battle for second place with Connor Bailey.

That left the scores at 33-27 at the interval stage. But after the break, apart from a 4-2 for Nicholls and Batchelor in Heat 13, it was all Glasgow who ended up as sixteen-point victors.

To rub salt into the wound, Summers lost his chain in Heat 14 and the following Josh Macdonald took a heavy fall into the fence, aggravating his injured ankle.

Oxford team manager Peter Schroeck said: “It was an unbelievable performance by Aaron Summers. He hasn’t turned a wheel or dropped a clutch since he retired at the end of last season.

“It was all a bit last minute dot com, so by the time he got his bikes together, there was no chance for him to practice before he headed to Ashfield.

“He did brilliantly well. We’ve been searching for a third heat leader all year and, in Aaron, we seem to have found one!

“Aaron definitely won his first ride back in Heat 3, even though the ref gave it to Benjamin Basso. The Glasgow team manager was very fair and admitted Aaron won it.

“But the ref would not consult the BSN cameras to check. In this day and age, I don’t think that’s right. We will put in a complaint. It would make any difference now to the score, but out of principle, we will do it.

“It was always going to be tough at Glasgow, but we gave them a good run and kept it close, until we had a few issues and it came apart a bit in the closing races.

“The journey up there didn’t help – there were road closures all over the place with the M6 shut. Scott and I stayed overnight in Stafford and left at 9am but didn’t get to Glasgow until around 6.40pm. Cam arrived just ten minutes before the start, already in his kevlars.

“It wasn’t ideal preparation for our boys at all. It was the worst road trip that I’d had in all of my years of doing speedway.

“As for poor Josh Macdonald, he simply can’t buy any luck at the moment. He’s aggravated the same ankle injury. He’s going to see a specialist, so we should get a better idea how serious it is in the next few days.”

Oxford entertain Glasgow in the return league fixture at Sandy Lane on Wednesday at 7.30pm and tickets are on sale at: www.oxfordspeedway.club/tickets/

Everyone at #OxfordSpeedway 💪 would like to wish local racer @Stoneman_Racing a speedy recovery from his shoulder injury.

You've been a key part of our regeneration - on and off the track!