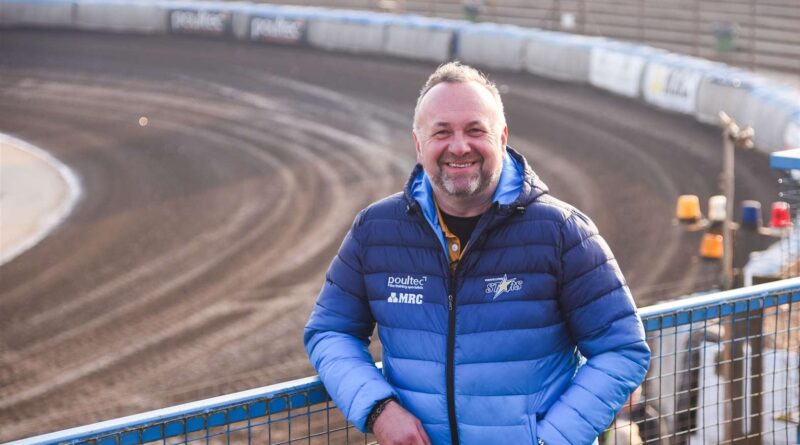 Schroeck enjoyed a 10-year riding career between 1983 and 1992 before turning to management and coaching in the past decade, most recently with Premiership club Kings Lynn Stars.

The 55-year-old joins Cheetahs Team Manager Jason Crump and Promoter Jamie Courtney to lead the on-track development of Oxford Speedway including its Championship and National League squads plus the proposed academy.

Schroeck, who represented the Cheetahs in 1991, said he was pleased to be offered the opportunity to be part of the club’s regeneration.

He added: “As UK-based rider in the 1980s, Oxford was the club everyone looked up to and aspired to one day represent.

“The club is steeped in history, and I’m thrilled to be onboard with Jason (Crump) and Jamie (Courtney) to bring back the good times. We want Oxford Speedway to be successful from day one – we’re certainly not operating to simply make up the numbers.

“Jamie’s vision to not only bring silverware to the club but also support young riders in working towards reaching their full potential via Oxford Chargers and an academy really appealed to me.

“This is an exciting move for me, and I can’t wait to get going.”

Jamie Courtney revealed he had no hesitations bringing Schroeck into the Oxford Speedway camp, adding that his addition will positively impact every rider associated with the club.

He added: “Peter is well-placed to act as a quality advisor to our riders and is an excellent addition to our management team.

“He boasts years of experience in the sport as a good rider and highly respected team manager and coach in the last decade.

“His support will help myself and Jason deliver a successful first season of racing at Oxford Stadium. We are good friends with each other and combining our knowledge and understanding of the sport is a very exciting prospect.

“We want the very best for Oxford Speedway to make up for the 15 years of heartache our fans have had to experience, and Peter will help to make this possible.”

Oxford Speedway’s season begins on Wednesday, April 13, when Oxford Cheetahs host Scunthorpe Scorpions in the British Speedway Championship. Tickets for the meeting are on sale now and can be purchased by clicking here.

Further information about Oxford Speedway is available via its website – www.oxfordspeedway.club.