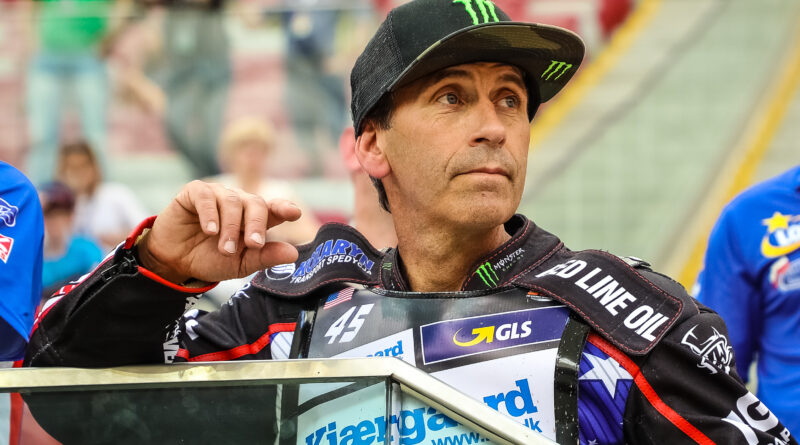 Speedway legend Greg Hancock has hailed the reopening of Oxford Stadium as “phenomenal news” ahead of the sport’s highly anticipated return to the city next year.

Hancock is one of world speedway’s most decorated riders having lifted the World Championship on four occasions, won the World Team Cup three times and secured 21 Grand Prix victories in a glittering 31-year career.

The 51-year-old also represented Oxford Silver Machine for three seasons between 2003 and 2005, winning the prestigious Craven Shield Trophy in the process.

Now, 14 years after Hancock last took to the Sandy Lane shale, the Californian has praised the efforts of people who successfully campaigned to return much-loved sports and community-based activities to the multi-purpose venue.

“It’s phenomenal news, I’m so pleased for the people of Oxford and those who campaigned to bring speedway and other activities back to the city, I tip my hat to them,” said Hancock.

“I have so many great memories riding for and against Oxford. Going bar-to-bar with the likes of Hans Nielsen, Martin Dugard and Marvyn Cox – those moments are still at the front of my mind even today.

“Oxford Stadium is not only a great racetrack but a fantastic community facility for everyone. I hope its reopening can mark the beginning of a new era for British Speedway and I’m excited to follow the club’s progress.”

Oxford Speedway will operate two teams in 2022, racing on Wednesday nights from March until October. Oxford Cheetahs will line-up in the British Speedway Championship while a second team will be tracked in the National Development League.

Plans to establish a youth academy are also being worked on to provide every British rider the opportunity to reach their full potential. Hancock dubbed Oxford Speedway’s development plans as a step in the right direction.

“It doesn’t matter if you play football, tennis, hockey or any other sport – if you engage or compete with those at a high level your ability will develop,” said Hancock. “The success Great Britain had at this year’s Speedway of Nations can inspire a fresh future for the sport in the UK.

“What Oxford Speedway will do to develop young riders via competitive racing and an academy is a positive step forward.”

He explained: “A neighbour of mine who I speak to regularly went to Oxford University while I was racing for the Silver Machine. He used to visit the stadium and race go-karts on the centre green.

“It was surreal speaking to each other because he knew me through his time studying in Oxford yet here we both are now living next door to each other more than 5,000 miles away from Sandy Lane.

“It demonstrates the power of Oxford Stadium, or any community-based venue, and how it connects people. I’d like to wish Kevin Boothby, Jamie Courtney and everyone associated with Oxford Stadium the very best for their reopening.”