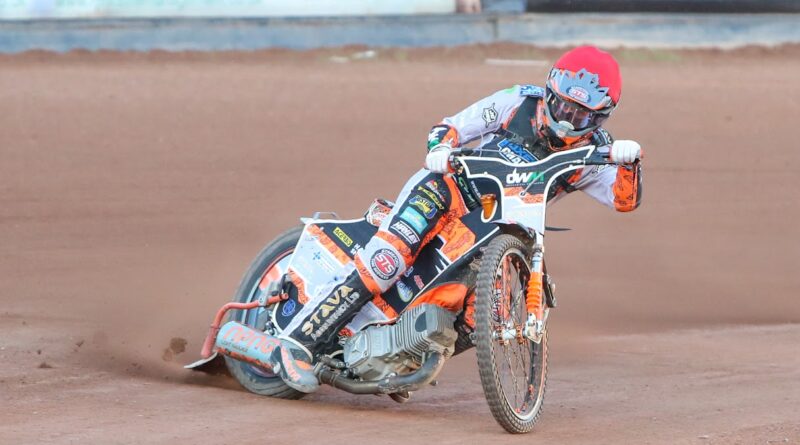 Oxford Speedway is pleased to confirm six of the seven riders who will represent Oxford Chargers in the National League in 2023 following a successful first campaign.

A seventh rider will be announced in the new year.

Chargers’ six confirmed riders for 2023 all played an important role in the club progressing to the National League play-offs where they were beaten in the semi-finals by eventual champions Leicester Lion Cubs.

Team Manager Peter Schroeck was thrilled to keep consistency in the squad and believes the team is capable of challenging for silverware.

“We saw just how powerful all six riders can be at this level, so to have them commit to 2023 is very pleasing for us,” said Schroeck.

“Last year we had a torrid time with injuries with only four riders lining up in 10 fixtures or more. If the boys stay fit, this team has the firepower to go one better than last season and reach the final.

“Jordan, Henry and Luke will all benefit from being part of the Cheetahs squad too and being able to race competitively on the same home track week in week out can work in our advantage.

“We wanted to sign-off what has been a memorable year in style and believe the fans will be excited by this news.”

British Speedway introduced a third tier in 1994, with the league rebranded as the National League in 2009.

Since then, the division has facilitated the first steps in the careers of current Speedway Grand Prix stars Robert Lambert and Dan Bewley with three-times world champion Tai Woffinden another third-tier graduate.

As part of Oxford Speedway’s vision to engage more youngsters with speedway, the club has confirmed all accompanied U16s can watch every home Cheetahs and Chargers fixture in 2023 for free.

“Speedway is a fantastic family sport,” said Schroeck. “The access supporters have to riders is unrivalled with many youngsters posing for photographs and talking to our stars before the meeting begins.

“This is a key selling point for us, so we’ve taken the decision to let all U16s in for free next year and hopefully inspire a new, young, generation of speedway fans in Oxfordshire.

“If you’ve never tried speedway before, we would encourage you to come along and sample the atmosphere for yourself. It’s truly unique and we’re already excited for the new season to begin.”

Supporters can purchase their 2023 Oxford Speedway Pass granting entry to all 18 programmed Cheetahs and Chargers fixtures for £269 by clicking here.