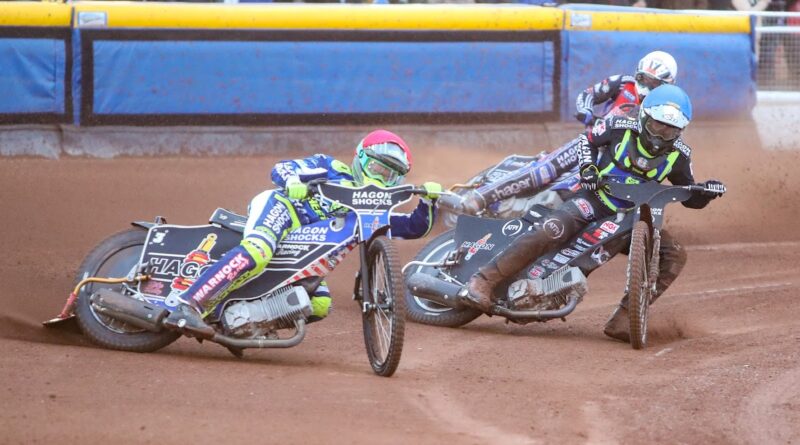 Dillon Ruml revealed his pride of being part of Oxford Cheetahs’ regeneration campaign and took time to thank the club’s fanbase for their loyalty and support through the season.

The Californian experienced a successful second stint in the UK after arriving in the City of Dreaming Spires from Plymouth in January.

Ruml averaged just under six points per meeting for the Cheetahs and was the club’s second-highest points scorer – including bonus points – with a season haul of 127+25 from 19 fixtures.

The 23-year-old revealed his curiosity got the better of him at the beginning of the season as he started to explore Cheetahs’ history in greater depth on the internet.

Learning more about the club and its achievements from its previous era only strengthened Ruml’s pride when representing the Cheetahs badge, and he hopes that passion was clear when he took to the track.

“To be part of Oxford’s regeneration was really cool,” said Ruml. “I knew this club meant a lot to people locally and there was plenty of history attached to the Cheetahs.

“But through the season, I found myself engrossed in learning more. I looked up old meetings and read a bit more about seasons from yesteryear – I do believe that made me feel more grateful to be part of this season.

“We came up a bit short at the end, but the support from the terraces was constantly there and we must thank the fans for making that possible.”

The Cheetahs’ season reached its conclusion in August with Peter Schroeck’s side ending the year placed 9th in the Championship table with 17 points from 18 fixtures.

The Oxford Stadium outfit might’ve slipped up on home shale five times this year, but Ruml installed himself as a fans’ favourite by pulling off a trademark bends three and four celebration anytime he won a heat.

He said: “The fans seemed to enjoy it. Showing a bit of love back to the supporters is so important, and I don’t see it too often these days so that was my way of saying thank you.

“It wouldn’t have been possible for speedway to return to Oxford without the fans’ backing. The demand for speedway in Oxford is clear to see, and I loved being part of it.”

Speedway returns to Oxford Stadium on Wednesday, September 21, when Oxford Chargers host Kent Kings in the National League. Tapes-up is at 7.30pm and tickets are on sale via the club website.