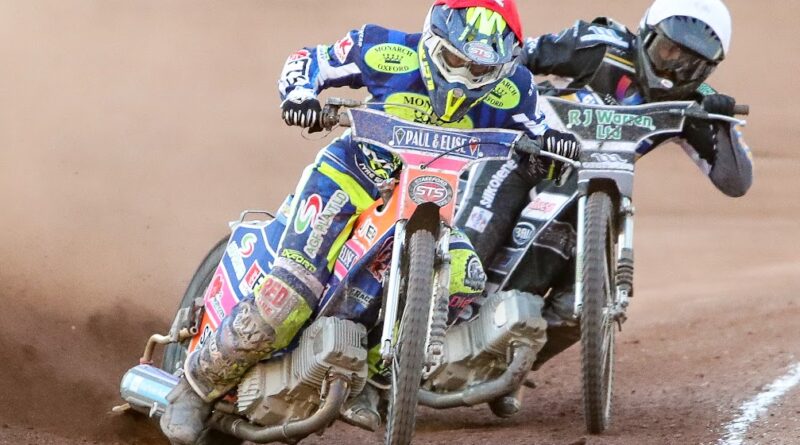 The Monarch Cheetahs must defeat the Bandits at Oxford Stadium if they are to keep hopes of reaching the end-of-season play-offs alive.

Club coach Schroeck was encouraged by what he saw during last week’s 50-40 victory over play-off hopefuls Plymouth.

Schroeck believes a repeat of last week’s performances can see the Monarch Cheetahs hold onto the squad’s collective ambition to pinch a last-gasp play-off spot.

“We’re the underdogs here, we appreciate that,” said Schroeck. “But while the play-offs remain a mathematical possibility we will continue to race for every point.

“Dropping points at home is no longer an option, so it’s essential we deliver a performance equivalent to or better than what we achieved against Plymouth last week.

“The racing through our regeneration campaign has been extraordinary, with riders pulling off some truly breath-taking moves week in, week out. It’s a fair racing track, and that’s possibly hurt us at times.

“But seeing five of our riders register paid-nine points hauls last week was great to see, especially Cameron (Heeps) who looked to be the fastest I’ve seen him so far this season.”

The Bandits have experienced a challenging season on the road, but Schroeck has warned his riders against any complacency ahead of tapes-up.

“Berwick’s away record means very little to us,” said Schroeck. “We know how strong Chris Harris is around here – his performances when guesting for us this season speak for themselves.

“They have a good blend of youth and experience in the middle order too, which has the potential to be dangerous if everyone hits form.

“We’re blessed to have such a strong backing from the terraces each week, hopefully our fans can help make to make a difference once again.”

Tickets for the Monarch Cheetahs’ Championship tie against Berwick Bandits are on sale now and can be purchased right up until tapes-up by clicking here. Supporters are reminded that all children U16 can watch for free in the company of a paying adult.