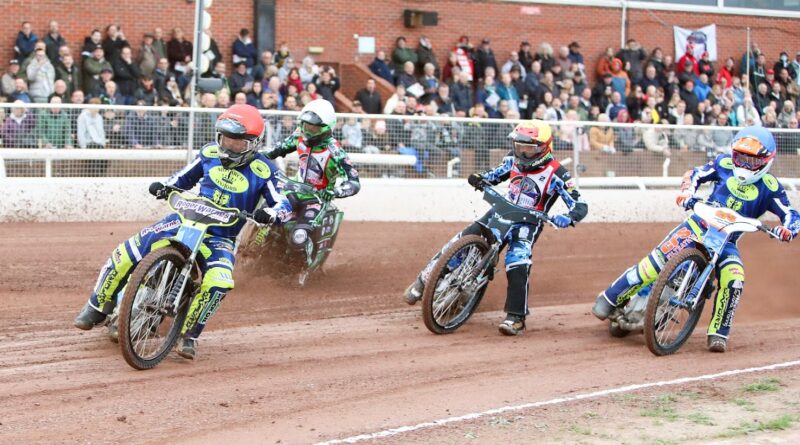 Jason Crump is confident the Monarch Oxford Cheetahs will relish conditions at the Ecco Arena in Redcar on Friday night during the second leg of the club’s first round KO Cup tie.

Club captain Scott Nicholls starred on the night, posting 11 points from five rides, while guest Dan Gilkes stole the show with an outstanding 12+1 haul at reserve.

The Bears grew into the meeting as the night went on and registered race advantages in heats nine, 13 and 15 to setup a tense finale in Yorkshire.

Ahead of tapes-up, Team Manager Crump thinks Bears’ 271-metre track will suit the style of his squad.

“Redcar is a great racing track,” said Crump. “I’m sure our boys will like going there – it’s always well prepared and is a fair circuit to ride on.

“We have the talent to win this tie on aggregate, there’s no doubt about it. At the moment, we’re struggling to get five or six of the boys firing during a meeting.

“We definitely haven’t had all seven firing at the same time. That’s a challenge for Peter (Schroeck) and myself – and the riders too, they know that.

“We’ll have to dig deep and work hard if we’re to find that perfect formula.”

Monarch Cheetahs number one Troy Batchelor and heat leader Jack Thomas made the most of their time at Oxford Stadium following Wednesday’s meeting and completed several practice laps.

Crump admitted Batchelor has been in search of the perfect mechanical setup – and has backed him to return to form sooner rather than later.

“Troy has been struggling mechanically, he’s borrowing some engines and trying a few different things,” said Crump. “The practice laps he put in after the meeting will serve him well.

“We obviously don’t have the lead we had after a handful of races, but we’re ahead which is the main thing and we’ve got to use that to our advantage.”

Tapes-up for Friday’s KO Cup first round second leg tie against Redcar Bears is at 7.30pm. The meeting will be live streamed via the British Speedway Network.

Tickets for Oxford Chargers’ National League fixture against Berwick Bullets on Wednesday, May 4, are on sale now and can be purchased by clicking here.